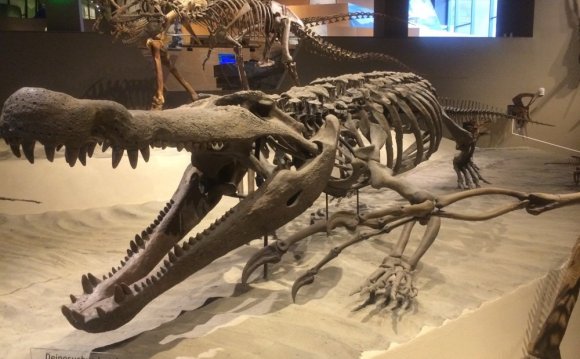 Journey to the peak of the three-story indoor canyon. Wander through Utah's dinosaurs and animal existence. Communicate with earthquakes, erosion, and our Digital Globe to uncover the way the earth's surface and also the Great Salt Lake have transformed with time. Enjoy breath-taking sights from your observatory deck. Hike the Bonneville Shoreline trail. Experience natural history as only Utah can reveal it. Enjoy drinks, lunch or perhaps a snack in the Museum Coffee shop. Shop the Museum Store for unique jewellery and gift products affected by nature's design. Site visitors with youthful kids will love Our Backyard, a romantic, discovery-based atmosphere that invites our pre-school site visitors to see natural history top notch!

Come meet live geckos from around the globe that re-create their natural conditions in astonishing detail. Then explore interactives where you can experience gecko evening vision, pay attention to gecko voices, attempt to place camouflaged geckos, and make a custom gecko for a number of conditions.

is incorporated within the cost of general admission. Liberated to people.