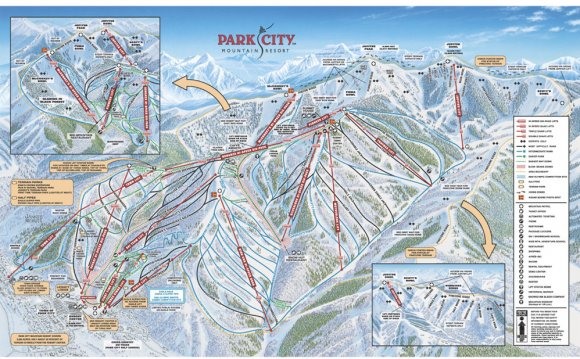 Is bigger necessarily better? Fans of what was Park City and Canyons ski resorts in northern Utah can judge for themselves now that a new gondola links the two mountain sites to create the biggest ski resort in the United States.

The plan had been a long time in the making, part of $50 million in improvements to create a mega-ski resort that goes by the overarching name Park City Mountain Resort, or Park City for short. (Canyons becomes Canyons Village at Park City.)

It's an eight-and-a-half-minute ride to get from one mountain to the other. The link means skiers and snowboarders have access to 300 trails, 41 lifts and 7, 300 acres of terrain.

And when you need a breather between runs, there's the 500-seat Miners Camp restaurant. Handmade flatbread pizzas and local draft beers are on the menu.

How much does it cost to ski at America's largest resort? It depends on when you go. I found single-day online tickets priced at $122 for adults and $78 for children during the rest of December.