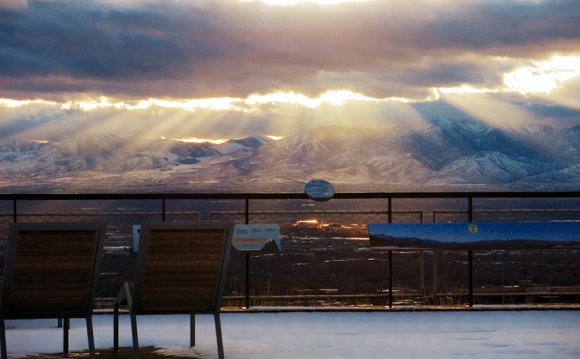 and the importance of 35mm film as an artistic medium. JG, shot mostly in Utah, explores the nature of time and artistic inspiration through the lens of Robert Smithson's Spiral Jetty (1970), and the J.G. Ballard science fiction short story "The Voices of Time" (1960).

Dean first saw Spiral Jetty in 1997, when she was a fellow at the Sundance Institute's June Screenwriters Lab; she eventually had a series of conversations with Ballard about the meaning of Smithson's work. Before Ballard died in 2009, he encouraged Dean to explore her questions about Spiral Jetty through the medium of film.

Dean has had solo exhibitions at major institutions worldwide, including the Tate Britain, London; the Guggenheim Museum and the New Museum, New York; the Nicola Trussardi Foundation, Milan; and the MUMOK, Vienna. Her worrk was also included in the 55th Venice Biennale.

JG was commissioned by Arcadia University Art Gallery and funded by The Pew Center for Arts & Heritage and is presented at the UMFA in collaboration with the Salt Lake Film Society (SLFS).

Special thanks to Sundance Institute for their support.